Initialization means to set to the value, or put in the condition, appropriate to the start of an operation.

In Swift, “Initialization is the process of preparing an instance of a class, structure, or enumeration for use. This process involves setting an initial value for each stored property on that instance and performing any other setup or initialization that is required before the new instance is ready for use.

You implement this initialization process by defining initializers, which are like special methods that can be called to create a new instance of a particular type. Unlike Objective-C initializers, Swift initializers do not return a value. Their primary role is to ensure that new instances of a type are correctly initialized before they are used for the first time.

Instances of class types can also implement a deinitializer, which performs any custom cleanup just before an instance of that class is deallocated” (Ref: A).

In some cases, this requirement is satisfied by inheriting one or more designated initializers from a superclass because of Automatic Initializer Inheritance.

So these are the inits we all used to seeing in our Swift code, such as:

Or if with our ViewControllers

This from the Apple Docs is another good demonstration: 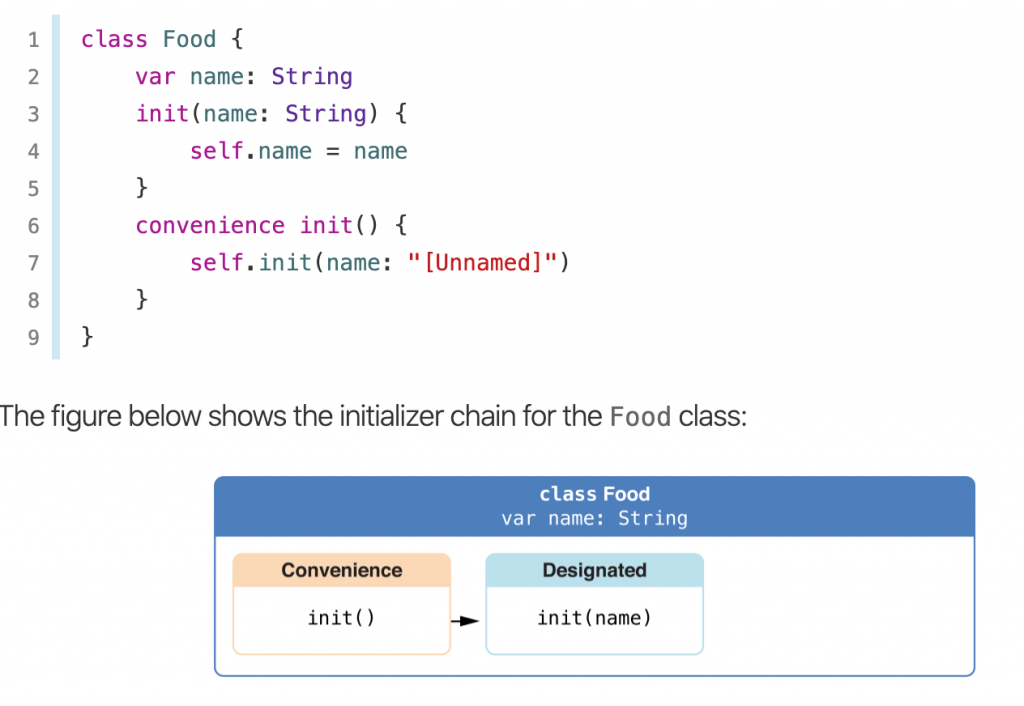 If we provide default values for any new properties you introduce in a subclass, the following two rules apply:

Using Error Handling we are able to make a Struct(or a class) initializer into a so-called throwable initializer.

Writing the keyword required before the initializer tells us that each subclass must implement that initializer. Furthermore, using this means required modifier must be present at the respective subclass implementations as well.

This is exactly why we need this bit of code when were using initializer dependency injection as in the above example:

For a more comprehensive breakdown, an ok reference is found here: https://docs.swift.org/swift-book/LanguageGuide/Initialization.html